Revelations of the Red Sword 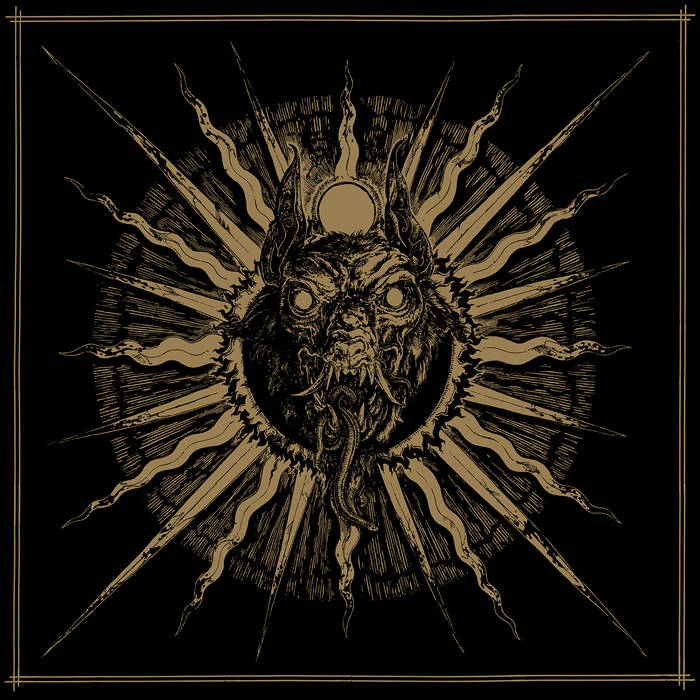 Pencilvester there is no god Favorite track: The Howling Cynocephali.

Gokiburi Cold and bleak. The perfect black metal for a frozen winter's day. The band is from Reykjavík in Iceland, and every time I listen to this album, I think of the volcanic eruption which so famously shut everything down with ash a few years ago. Musical metaphor. ;)

Ippocalyptica This is a considerable improvement over Flesh Cathedral, and is a worthy entry into the debate of the best black metal album of 2018. Svartidaudi has evolved beyond relying extensively on the aesthetics and song structures of a certain other foundational black metal band, and is now its own beast - confident, immensely talented, and with a distinct vision of atmospheric black metal. This is not the fastest, most technical, most aggressive or most ominous black metal album to be released this year, but it is so much more than the sum of its parts, and taken as a whole remains an exemplary statement of musical extremity. Fans of Icelandic and French black metal will love this, but really, all fans of black metal in general would do well to listen to this a few times at the very least, in the dark, with headphones, while lying down. Revel in the heat death of the universe! Favorite track: Sol Ascending.
more...

I am the flame that burns in every heart of man, and in the core of every star. I am Life, and the giver of Life, yet therefore is the knowledge of me the knowledge of death.
-Liber Al vel Legis 2.6

On the 3rd of December 2018, six years to the day after the apocalypse, Svartidauði will unleash long awaited sophomore full length Revelations of the Red Sword upon the ashes of civilization.
Once again recorded and produced at Studio Emissary by Stephen Lockhart and featuring artwork by David Glomba, the combined result is equally stunning sonically as it is visually. The 6 track, 47 minute album marks Svartidauði’s second release on legendary German imprint Ván Records.

The Red Sword refers to the rays of a rising- and a setting sun, encompassing its contents in the fire and the fury of our world’s most creative and destructive force, the glowing God up above, the Sun - Celebrating its howling solar winds, all the while waiting with anticipation for the inevitable heat death of the universe.

Track Name: Sol Ascending
I shall endure to the end, for at the end there shall be nought to endure
Above the formless desert
Below the saltwater skies
Within and without the perpetual not
Flickering sparks glisten like a thousand swords held high
Let the seed fall into soil, like divine sparks into shells
Illuminating the desolate wasteland
Inseminating this barren womb
Lux Ferre
This is the first dawn
A requiem for those impaled on golden rays
Track Name: Burning Worlds of Excrement
Exploding shells engulfing dead worlds in flames
Every splinter a torch and every torch a raging fire
Ravens of a burning God
Burning worlds of excrement
Melt away the chains - Solve et coagula
The fiery serpent of our myths and dreams
Slumbering deep within our DNA
The fragmented spine of a broken world
The snake - A splinter of the solar system
Pulsating violently, within and without
The nightside firmament
Burning worlds of excrement
Track Name: The Howling Cynocephali
Transmitting vibrations from beyond a constellation transfixed
Howling endlessly into the ether
Incantations of barbarous names
And mindless mantras
Fornicating with discarnate intelligence
And wallowing in the slime of transfigurations
And the night sky answers
A living conduit of human transgression
As the Moon reflects the Sun
So does the Sun reflect the Silver Star
Khabs in Khu
Ravings of a dogheaded ghost
Orgiastic birth trauma of a spirit not born of this Earth
Synchronising with stellar revolutions
Coinciding with the sexual urges of the universe itself
Track Name: Wolves of a Red Sun
I shall exhaust the light without to cultivate the light within
Pouring down the wine of woe from the burning firmament
As they celebrate weakness you shall become an embodiment of power
As they bend a knee to a king’s rule you shall do as thou wilt
Strive for steel and not for gold
Drench yourself in blood on the hunting grounds
Beneath the red sun
In hoc signo vinces
To see your enemies driven before you
And splintered to a thousand pieces and scattered to the winds
Track Name: Reveries of Conflagration
I am the flame that burns in the heart of every man
And at the core of every star
Standing in the gaze of an unblinking eye
In scorching glory - Endlessly expanding
A rising fire, an erect monument
to the serpent’s vertebral ascension
Gaze into the flames, for there resides
the power, the vision and the voice
The light is in me and its red flame is a sword in my hand
The burning embers are the initiator
The opener of man’s consciousness
To the rays of the undying God
Track Name: Aureum Lux
What comes after the ordeal?
An expiration sweeter than death
The pain of division is as nothing
and the joy of dissolution all
Any empire created is ultimately an empire lost
As death is the crown of all
Everything passes
The end of the illusion
Where the wheels stop spinning
Where the rivers run backwards
Into the golden light
There is a veil that is black
The veil of the pain and the sorrow and the death
Tear down this lying spectre of the centuries
Hear me! People of sighing
The sorrows of pain and regret
Are left for the dead and the dying

Bandcamp Daily  your guide to the world of Bandcamp

Guests include Kassa Overall and Muriel Grossman, plus an LP of the week by Van Hunt.